One of the major hurdles to travelling far and wide, for some people, is the language barrier. Of course, it can be daunting to travel to a new place and not be able to communicate effectively. To that end, you may be wondering what languages you should learn to help you communicate with the world. Read on as we discuss five languages to help you travel the world.

Languages to Help You Travel the World – Most Widely Spoken Language

First up we have English, the world’s most widely spoken language and Lingua Franca. You may be surprised to know that non-native English speakers outnumber native speakers three to one! It is spoken by about 20%, or over 1 billion of the Earth’s inhabitants. It is also one of two official languages in space! At the International Space Station, that is. This means that you may also be surprised by just how many countries you can travel through if you only know English. 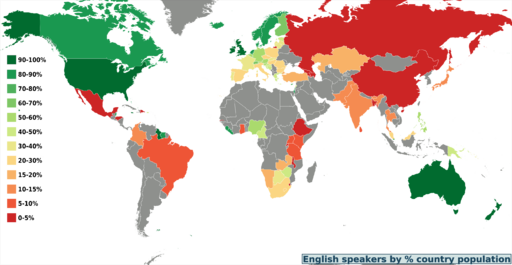 Tourism has meant that English is widely spoken on all continents. You can guarantee that airports and hotel chains in all countries have workers that speak English. It also holds official status in the European Union as well as over 80 countries and territories around the world. Even creoles in some areas like Papua New Guinea and Sierra Leone often have enough lexical and grammatical similarities to English that they can be partially understood. 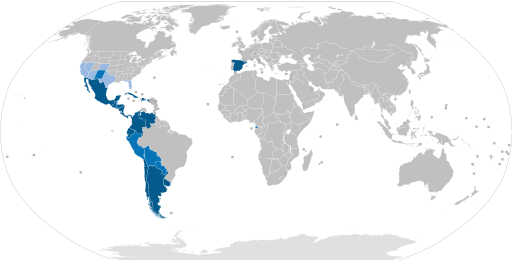 It’s the romance language of Spanish. The great thing about Spanish is that it is mutually intelligible with Italian and to a lesser extent, Portuguese (the sixth most spoken native language). So being able to speak Spanish could potentially allow communication with over 900 million people (including nearly 300 million Portuguese speakers and 70 million Italian speakers) across all six inhabited continents. It will definitely help you through Latin America as well!

One issue with Spanish being spread so widely around the world is that there are many different accents and regional variances. Similar to English. These differences generally don’t affect understanding though. People in Spain may find it slightly amusing when an obvious non-native speaker has a Latin American Spanish accent. The good news is that as an English speaker, you may find it relatively easy to learn Spanish. Spanish and English belong to different branches of the Indo-European language family tree, making them cousins of sorts. Here are some phrases to get you started. Useful Spanish Phrases PDF

It is the majority language in over 20 Latin American countries as well as a couple of countries in Africa. I have also found it useful in Portuguese speaking countries like Guinea-Bissau in Africa. With some Spanish knowledge, you could conceivably communicate with millions of people in 35 countries, including Portuguese and Italian speaking countries. Aside from that, it’s actually a fun language to speak.

Languages to Help You Travel The World – Parlez vous Francais?

French is spoken natively on two continents and widely spoken as a second language on a third continent. The dialects and accents vary greatly across the three continents. French speakers from France say that they often have difficulty understanding French speakers from Canada and Africa. They may even say their French is weird and ‘not proper’. I’ve also heard French Canadians talk about how weird they found the African variety of French. At the end of the day they all speak the same language and understand each other, which is a good thing, right? 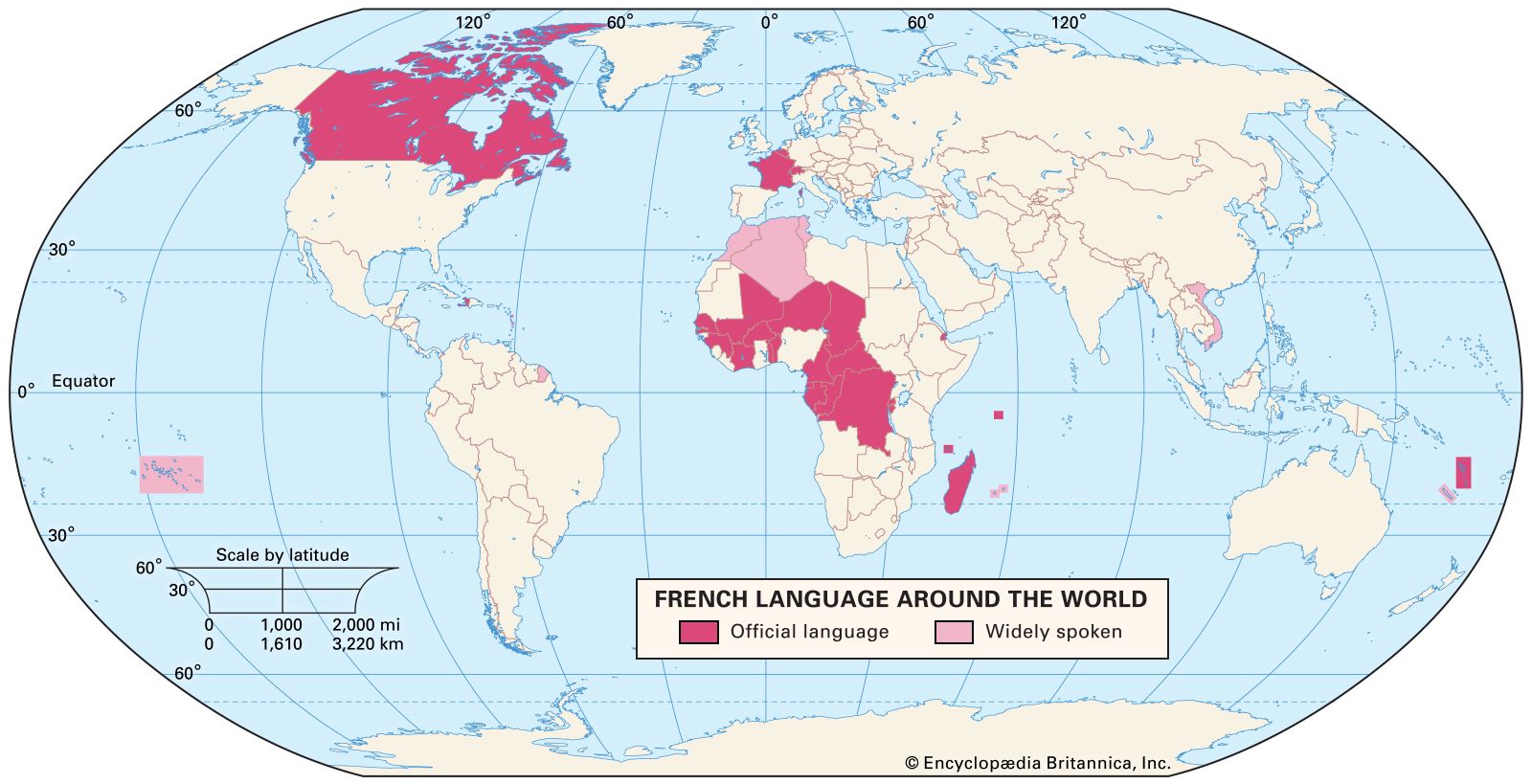 No matter the region, the basics of the language are the same and all regional dialects are mutually intelligible. French is also a romance language, like Spanish, so it should, in theory, be relatively easy for English speakers to learn. Here are some phrases to get you started. Useful French Phrases PDF

Besides France and parts of Switzerland and Belgium, French is spoken natively in the Quebec province of Canada and bilingually in the New Brunswick and Nova Scotia provinces. It’s also spoken natively in the French Polynesia and New Caledonia territories in the South Pacific. Learning it would allow you to communicate with around 400 million people across 30 countries.

If you plan to travel through Western and Central Africa, then French will be very, very useful. Almost all the countries in that region have French as an official language. In fact, there are so many different languages in some African countries that locals from different ‘tribes’ even use French to communicate with each other! Imagine being from the same country but having to use a third language to communicate with your significant other!

Languages to Help You Travel The World – русский

When you think of world languages, Russian might not be the first that comes to mind as a multi-country language. Unless of course you’re over the age of 30 or were paying attention in your history classes. Remember the old Union of Soviet Socialist Republics (USSR) or Soviet Union? The disbanding of the Union in the ’90s led to the establishment of 15 new states. All Russian speaking. Russian is also the second official language in space!

Although Cyrillic, the written alphabet for Russian, can look quite daunting, it’s not too difficult to pick up. After less than a week in Kazakhstan, I was able to recognise and sound out some common words and even understand some basic Russian questions. Here are some handy Russian phrases for you. Useful Russian Phrases PDF

Languages to Help You Travel the World – Most Spoken Native Language

Our last ‘language’ is Chinese. The idea of a Chinese language is actually a bit of a misnomer. Chinese, in itself, is not a language, but rather a collection of dialects, or arguably, languages. The most spoken of the ‘dialects’, because it is the enforced national language of the People’s Republic of China, is Mandarin or 普通话 (Common Speech). It has around 900 million native speakers. A similar version of the Mandarin dialect is also spoken in Taiwan, where it is referred to as national language or 國語, and Singapore where it is referred to as Chinese Language or 华语.

None of the Chinese dialects are mutually intelligible, which is why some argue that they are languages. Most speakers of more than one variety tend to agree that they are languages rather than dialects. Especially in the case of Cantonese, which has huge lexical and grammatical differences to Mandarin. It is even written differently and has its own characters used in conjunction with standard Traditional Chinese characters. You can see some of these differences for yourself below.

To be honest, Mandarin and Cantonese are really only useful if you plan to travel to China, Macau or Taiwan. As an aside, I’d highly recommend visiting Taiwan. It’s an amazing place. Other places with high numbers of Mandarin and Cantonese speakers, like Singapore and Hong Kong, for instance, also have English as an official language. But it can be fun to randomly converse in Cantonese with a Chinese store owner in Tonga. Or have a conversation in Mandarin with an old Chinese couple in Mauritania.

Languages to Help you Travel the World Special Mention – Arabic

Arabic is a beautiful Semitic language with a long history. Unlike most modern languages, it is written right to left, which is pretty cool. While it has slightly more native speakers than Russian and is spoken in more countries, it tends to exist in places where English and French are spoken due to colonisation. For instance, it is the main language in Egypt and Lebanon, but tourism and colonisation have ensured that English is prominent in Egypt and French and English are prominent in Lebanon. There is also a lot of variation in Arabic dialects, making it a difficult language to learn for general travel.

Despite the fact that it is easy to get by with French or English in most Arab speaking countries, I would still recommend learning a few Arabic phrases if you plan to travel to North Africa and West Asia.

Which one of these languages would you like to learn? Or if you already speak one or more of them, what has been your experience travelling with them? Let us know by leaving a comment! :o)